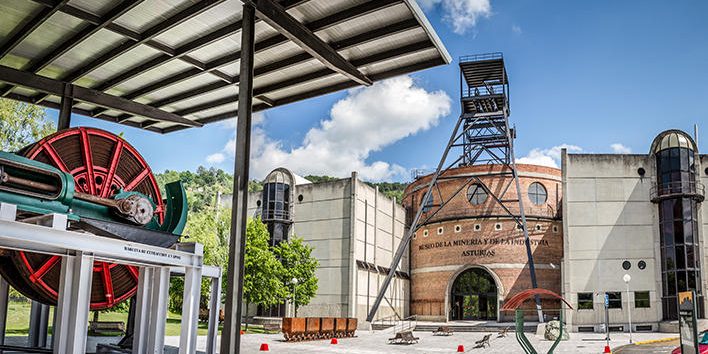 Last week, my bilingual group went on a school trip organized by our Technology and English teachers to the mining museum to see how and under which conditions miners worked. Once we were in the museum, we spent about 30 minutes seeing the different types of machinery that they used. Then, it was when we went down into the mine, where they taught us, in English, how coal was extracted and with which tools and machinery. After another 30 minutes, we went to the cafeteria and the souvenir shop.

I went to the MUMI, and it was amazing! At first, we took some photos before we were split up into two groups, bilingual and no bilingual. I was in the bilingual group, which means our guide spoke in English all the time. We were watching the exhibition while the other group was visiting the mine. There were such incredible things like minerals, machines, lanterns… After a few minutes it was our turn to go down into the mine. When we were there, we felt like real miners going to work! Our guide was very kind, and she was always asking us if we had any questions. Then, we were learning things about machines and minerals such as coal. After that, we got on a train, it was very funny! Another funny thing we did after the guide explained some other things, we could go down on a type of ramps that miners used instead of stairs. When we finished, we went upstairs and talked about the exhibition with our partners. Later, we joined the other group, who were around a type of watermill. It seemed you could get inside it and spin around like a hamster. After a few minutes of joy, we had our snack outside next to beautiful trains.